Our eleven day trip to Europe began with a very pleasant flight on Norwegian Air, a fairly new discount airline, and we arrived in the Paris suburb of La Varenne at the home of our friends Ana and Bertrand. 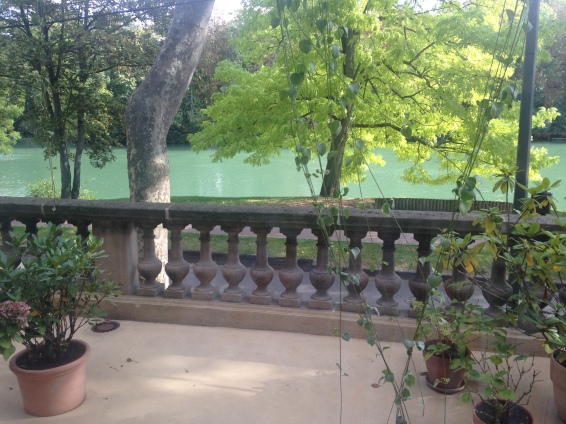 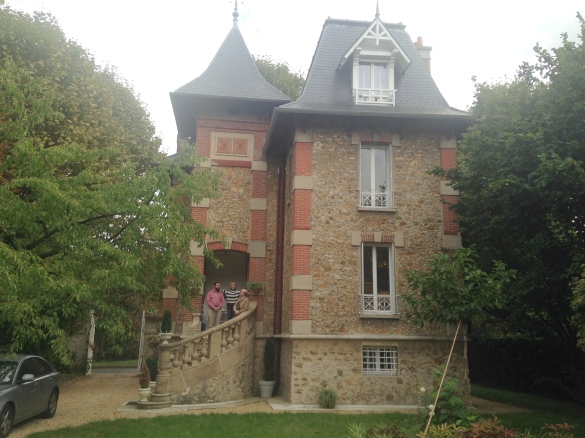 After unpacking, we set off to the Spanish gourmet shop in La Varenne to pick up a bottle of Pedro Ximenez Sherry. Our dinner plan was for Mensae, a relatively new contemporary bistro in the Belleville district of Paris (20eme), a working-class neighborhood that seems to be rapidly gentrifying. The chef, Kevin D’Andrea, was a finalist on Top Chef in 2015.  We drove in with Ana and Bertrand, found a parking space and strolled to the restaurant. 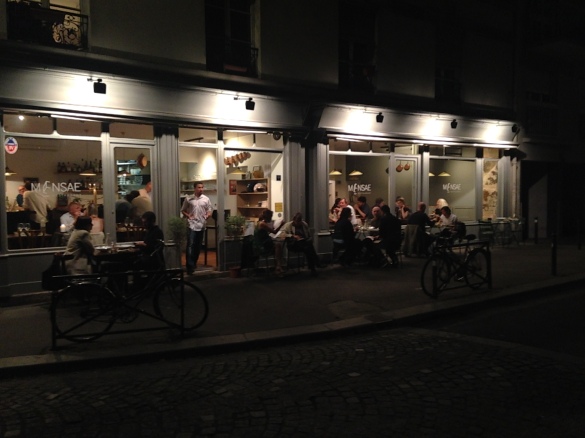 After an aperitif of kir a peche, we got two beers to go with the meal. They only offered one beer and it was very, very good. Stanley and Bertrand started with tete de cochon, and I had squid in a scrumptious sauce with hints of Asian spices. Ana had a shrimp dish that looked very good. My main course was saddle of veal, while the others had hake with pasta in a shellfish reduction. I had a white peach dessert and the others had figs. Service was warm and professional. All in all, a wonderful meal and the total bill was about 190 euros.

Another sunny day in Paris. The four of us headed to the Musee Cognacq-Jay, housed in a mansion in the Marais. It is a very interesting exhibit of painting, sculpture and decorative objects of the romantic period, late 18th century. Like other small museums in Paris that we have visited, it was, to us, a special pleasure. Then, off to lunch just off Place de la Bastille.

This pleasant small bistro is known for its bargain lunch, 19 euros for two courses and 22 for three. They are also known for organ meats. Bertrand and I started with cold veal tongue with mayonnaise and greens, Stanley had a plate of thin slices of sausage, and Ana had fois gras. Next, Stanley and Ana had a delicious breast of Guinea hen (pintade) while Bertrand I had tripe with olives. The tripe was a huge portion, deliciously gamy, and served atop buttery whipped potatoes. Stanley and Ana opted for dessert, he for the Camembert cheese and Ana for a fruit salad (apple and white peach). We had a very nice bottle of a light red wine for 25 euros, a Mariseppe, and with 3 coffees the bill came to about 115 euros.

Ana and Bertrand headed home while we went to the Musee de l’Orangerie in the Tuileries gardens. The collection of late-19th and early-20th Century paintings, mostly impressionist, was impressive. We strolled through the Tuileries to the Metro and headed back to La Varenne. That evening Stanley and I went back into Paris for dinner at Les Arlots, highly recommended by Alec Lobrano. It is near the Gare du Nord, in a somewhat gritty neighborhood, but not unsafe, it seemed to us. It is also very near the Goutte d’Or, which is where our artist friend Kate Browne mounted her “Cocoon,” one of the projects she has done in other locations around the world:  https://robertrems.com/2014/06/07/cocoon-art-project-fund-raiser/ 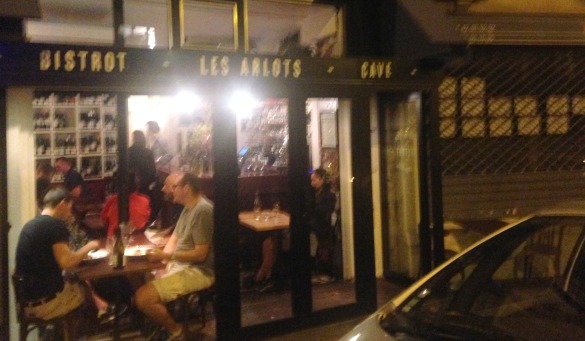 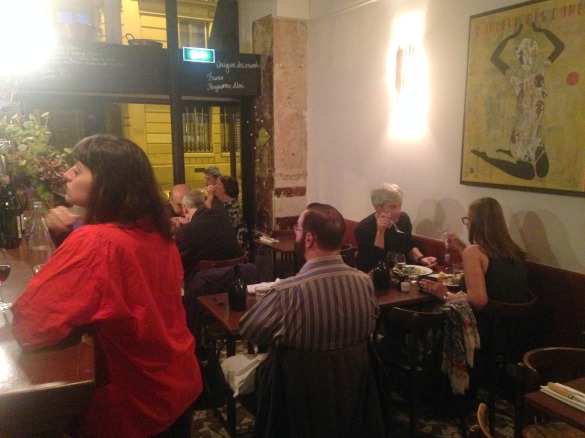 Another lovely dinner. A warm welcome, a highly knowledgeable sommelier who is the co-owner, a great bottle of wine from the Ventoux (Provence), Chateau Landra 2012, for only 22 euros. We started with quail and sardines, then sausage with pureed potatoes and beef tartare with roasted potatoes. Desserts were exceptional here, including a plum clafoutis,and a combination of coffee mousse and white chocolate mousse with tuiles. Total bill was about 100 euros.

We left Saturday morning for six days, going to Alba in Italy and Annecy in the Haute Savoie. I will be posting reports on these next. We return to Paris next Friday.