We had another very enjoyable dinner last week at Hudson Curry House.  Having been there several times now, I’ve found it to be consistently tasty, with excellent service every time.

Housed in what was formerly a Wendy’s, in one of the nondescript shopping areas on Fairiew Ave., it doesn’t look very promising, but don’t be put off.  Do be aware they do not have a license to sell alcohol, so you may bring your own beer or wine, which for us is a big plus.  The prices are very low for the quality of the food.  They have a buffet on Wednesday and Friday, but we have not tried it.  I would only order a la carte.

Dishes we have liked best are the two shrimp appetizers, another appetizer listed on the menu as shish kebab that is really seekh kebab (ground meat grilled on a skewer) with onions and peppers, chicken jalfreze, lamb vindaloo, salmon curry, and chicken malai kebab. All dishes come with a generous portion of basmati rice. We always tell them we like the food spicy, and it’s been just right.

We were in Claverack this past weekend, and on Sunday we decided to head to Rhinebeck for a tour of Wilderstein.  We have visited most of the historic homes in Dutchess and Columbia counties in the last twenty-five years, but somehow never got to this one.  It is a worthwhile way to spend an afternoon.

Wilderstein was built by Thomas Suckley (pronounced Sookley), a descendant of the Beekman and Livingston families, in 1852, as a much more modest Italianate house, then remodeled and greatly enlarged in 1888 in the Queen Anne style, by Thomas’ son Robert. 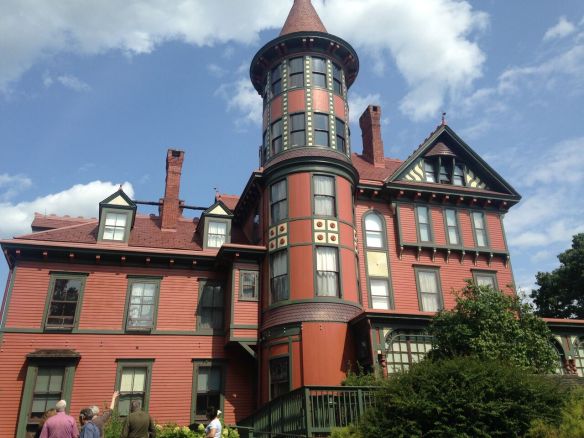 The last occupant of the house, Margaret Suckley, known as Daisy, was a close friend and confidante of Franklin Roosevelt.  Whether there was a romantic involvement has never been confirmed, but she spent a great deal of time with him after he and Eleanor began living separately.  There is a wonderful interview in the introductory video that begins the tour, of Daisy and her sister Elizabeth, when Daisy was ninety-five, four years before her death. 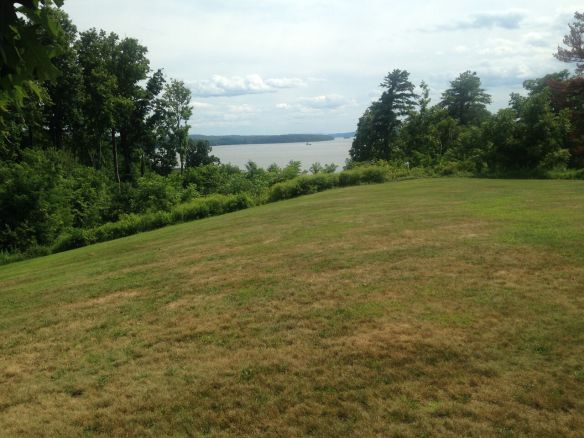 View of the Hudson from the house

The interior is fascinating in its ornateness, along with the Victorian preference for very dark rooms.  I took these photos of the entrance hall before we were informed that photography was not permitted:

For more information and visiting hours, visit the website: