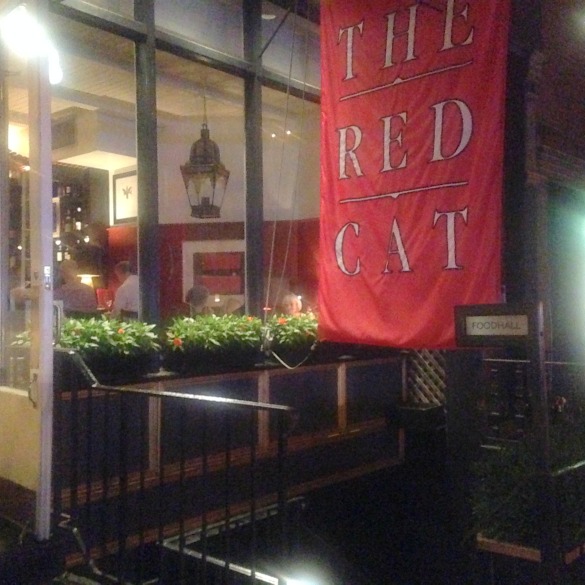 The Red Cat opened in 1999, and Stanley and I tried it sometime not long after.  We liked it, but somehow never felt compelled to return.  So when I received a 30% off deal from Blackboard Eats recently, I thought why not give it another try.  I’m glad we did.  Looking at the menu, I thought it seemed a bit pricey, but the portions were so generous that we could easily have made a dinner out of two appetizers per person or shared a main course.  They also have a nice selection of beers, so ordering a bottle of wine is not necessary.

We started with calamari alla puttanesca and steak tartare.  These were heavenly. For mains, I chose calf’s liver and he had tagliatelle with mushrooms and capers. The liver was a thick slab, which allowed it to be cooked rare, as I prefer it, a nice change from the usual thin-sliced versions.  Though we were quite stuffed, we could not resist the desserts, so we shared the pick me up sundae, which is actually a slight variation on tiramisu, and probably the best take on it that I’ve ever had.

Add to this the cheerful atmosphere and attentive service, and you have a place that deserves many return visits. 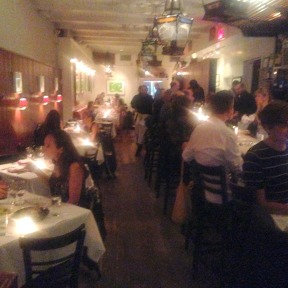